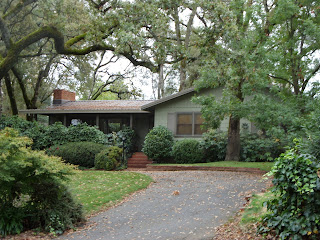 There are many reasons for making a pilgrimage. But whatever the reason, the pilgrimage is made because of a deep connection with either the past or the hope for the future. A pilgrimage is not usually done out of impulse. However, my recent pilgrimage was one of opportunity. Finding myself in Sacramento with a whole day ahead of me, I realized that I was within minutes of my birthplace and many childhood memories. I am a 49er. Not a fan of the football team but a true born child of one of California’s goldrush towns: Auburn. This year in fact I can make claim to being a 49er by both birthright and age. I turned 49 this past summer. So, it was an appropriate serendipity that I should make this pilgrimage this year just before I move to Florida.

When I was young, my father’s health began to deteriorate so he was no longer able to continue as a contractor but had to enter into the humiliating bureaucracy of the U.S. Post Office. For the sake of his family, he traded the manly independence of carpentry for the sterile dependence upon a government job. As difficult as Addison’s disease was to deal with, I think that the suffocating atmosphere of sorting mail day after day was even more detrimental. Do not take from this that I think that working for the US government is dishonorable – I do not. However, for my dad it was a demoralizing transition. He was “called”, if you will, to work in a creative environment where his quick and active mind could be busy - that was not the P.O.

What does that have to do with the 49er community of Auburn? Everything. When I was born in 1959, my father was still a carpenter and he had just two years before designed and built a beautiful house in Auburn. That is the house you see posted above. My father died about 7 years ago and so seeing this house and driving through Auburn was kind of like seeing him again.

Unfortunately, people can be rather dense and it took me several years to understand my dad’s sacrifice. 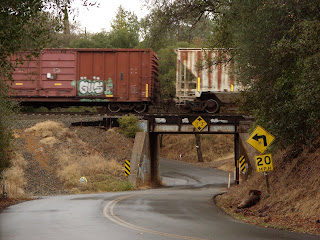 When I was younger, I was kind of frustrated with him for working at the Post Office when I knew he had so much more potential. I knew he was not healthy. I knew he only had a seventh grade education but he was more well-read than so many people I knew who had college degrees. I wanted him to go back to college and do something with his life but he wanted me to do what he felt he could not do. Therefore, he sacrificed his life for the hum-drum mediocrity of sorting mail, so that I could be a college graduate. It took me more than forty years to figure that out but now I know what it meant for him to give up a vocation he loved for someone he loved. Thank you dad.
Posted by Veemack at 3:36 PM

What a beautiful testimony. I'm so grateful to Austin for shaping his son's character with his quiet righteous life. Now I too am an heir, the inheritance being a husband whose life is dedicated to God and full of honor. Your image is reflected in the description of your father.